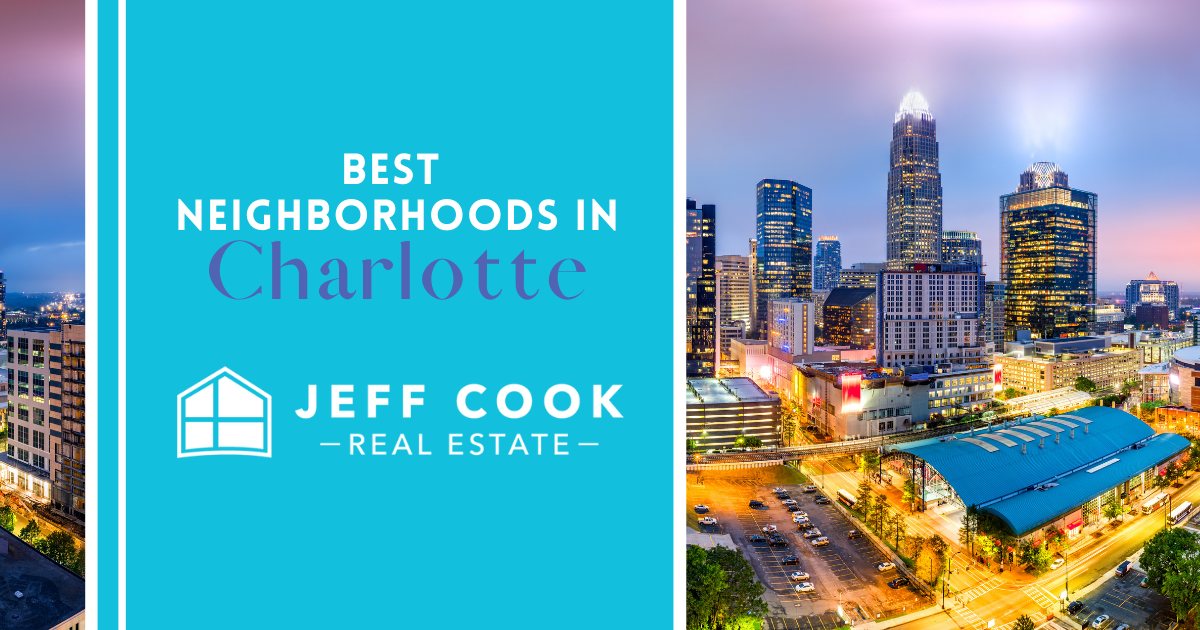 Charlotte is North Carolina's most populous city, with 885,709 inhabitants. It is the cultural, economic, and transportation center of the greater Charlotte metro area, which includes a population of 2.6 million people. Charlotte is the second-largest city in the southeastern U.S. and also the third-fastest growing city in the U.S.

Charlotte falls within a humid subtropical climate, appealing to those wishing to escape winter's harsh air. Sports enthusiasts know Charlotte as the home of the Carolina Panthers and the Charlotte Hornets. Other Charlotte attractions include the Charlotte Ballet, the Children's Theatre of Charlotte, and an amusement park. Charlotte is a city where old neighborhoods have combined with new to create a thriving community.

Several Fortune 500 companies are headquartered in the district, which contains over 28 million square feet of office space. The Uptown neighborhood is also home to several sporting and event facilities, including the Bank of America Stadium, Spectrum Center, and BB&T Ballpark.

Uptown Charlotte is divided into four neighborhoods based on the intersection of Trade and Tryon Streets. The neighborhood employs about 130,000 people, as well as serving host to more than 18 million visitors every year.

The affluent Charlotte neighborhood of Ballantyne covers about 2,000 acres and is adjacent to the South Carolina border. It is home to the Ballantyne Village shopping center, known for its designer clothing boutiques, as well as Blakeney Village, an outdoor mall with national brands.

Residents can choose from a number of restaurants, many featuring Asian, Italian, and Southern cuisine, as well as typical café and burger eateries. Numerous parks and ponds throughout the neighborhood add to the beauty. Public golf is available at the Ballantyne hotel's course.

Originally, the area was a large hunting tract, owned by descendants of former Governor Cameron Morrison. Development began in 1992 with Ballantyne Corporate Park, considered to be one of the most successful master-planned communities in the U.S. Current plans are to transform the area that is the original corporate park into a walkable, mixed-use community, including multifamily housing, townhomes, retail, an amphitheater, a greenway, and additional parks.

Located about one mile northeast of Uptown, the Plaza Midwood neighborhood is bordered roughly by Hawthorne Lane to the west, The Plaza to the north, Briar Creek Road and the Charlotte Country Club to the east, and Central Avenue to the south.

Plaza Midwood has a local reputation for being a diverse and eclectic neighborhood, filled with art galleries, unique boutiques, and a variety of eateries. The neighborhood is known for its local nightlife, with several locally owned establishments offering live music and cocktails. Increasingly, the neighborhood is being recognized for its thriving restaurant scene and consignment shops as well. Plaza Midwood is also home to the 19-acre Veterans Park, adding greenspace to the neighborhood.

The neighborhood was originally established as a streetcar suburb of Charlotte. Although it thrived, even during the Great Depression, it faced some decline in the 1950s. In 1975, a neighborhood association was established to protect and preserve the neighborhood. The area has seen a significant comeback since the mid-1990s, as reinvestment in the neighborhood began to pay off.

The neighborhood's Historic District can be found in the western section of the neighborhood. It is maintained by its residents and nearby businesses.

University City is located primarily along University City Boulevard and W.T. Harris Boulevard. It is adjacent to the city of Concord to the northeast and Harrisburg to the east. About 160,000 people live in University City. With the extension of public transportation, University City has seen an increase in development, particularly along the line's route. The portion of the neighborhood located along the line has now developed about 338,000 square feet of office space, 3,200 apartments, numerous hotels, and an entertainment district.

The neighborhood is home to University Research Park, one of the largest such parks in the state. The very first IKEA store in the Carolinas opened in the University City neighborhood in 2009.

The Dilworth neighborhood was Charlotte's very first streetcar suburb, named after its developer in the 1890s. The neighborhood is a testament to the powerful impact the streetcar had on this area of Charlotte. The lack of transportation had previously kept development very close to the city's center.

The Dilworth neighborhood is home to Carolinas Medical Center, the city's largest hospital and the region's only Level 1 trauma center.

The neighborhood includes Sedgefield Park, which connects it to the adjacent Sedgefield neighborhood, as well as a number of other parks. Dilworth is known for its stately, mature oak trees lining its streets, as well as its older homes with their southern-style porches.

Common architecture for the neighborhood includes bungalows, a few Queen Anne Victorians, and two-story Colonial Revivals. Much of the Dilworth neighborhood is listed on the National Register of Historic places, beginning in 1987 with a boundary expansion in 2000. Residents are drawn to the area's historic significance, as well as its peaceful, tree-lined streets.

The SouthPark neighborhood is named for the high-end shopping mall of the same name. SouthPark Mall opened in 1970 and is the largest shopping mall in North Carolina. It is home to many upscale designer brands and boutiques. It is also anchored by several major department stores, including Dillards, Belk, Nordstrom, Neiman Marcus, and Macy's.

The neighborhood can be found centered at the intersection of Fairview Road and Sharon Road in the city's south central sector, just six miles from Uptown. Not only is SouthPark home to the mall, but it also includes a residential district as well as one of the larger business districts in the city. The neighborhood is considered a good example of mixed-use development.

SouthPark was originally part of a 3,000-acre farm owned by former Governor Cameron Morris. The neighborhood has a population of nearly 17,000 and is served by the Charlotte Area Transit System.

The historic South End neighborhood is located primarily in the area immediately south of Uptown. It began in the 1850s with the launch of the city's first railroad line. The railroad helped to boost manufacturing near the tracks, particularly textiles.

Unfortunately when textile manufacturing declined, abandoned buildings were left in its wake. Beginning in 2007, the area started to undergo a $2.2 billion revitalization to transform abandoned factories and warehouses into an eclectic mix of retail, office, commercial, and high-end residential space. An additional $1 billion phase is underway.

The revitalization has meant a 108% increase in apartment construction in the neighborhood, resulting in 9,000 new apartment homes. The South End zip code is now considered the second most expensive for cost of living in the state, for apartment dwellers looking to move to the area.

Development has also increased in LoSo, or the Lower South End. In 2019, developers announced the 15-acre LoSo Station, to include 500,000 square feet of retail, office space, and housing, as well as a hotel.

Elizabeth is Charlotte's second-oldest streetcar neighborhood, founded in 1891. The community was originally developed along what is now Elizabeth Avenue, and a streetcar still runs there from Uptown. Elizabeth is known as a mostly residential neighborhood. It is dotted with a number of bakeries, ice-cream parlors, and local bars. Residents can also enjoy a robust restaurant scene, particularly upscale dining. The neighborhood features Independence Park, with picnic spots, walking/cycling trails, a reflecting pool, and a rose garden. Elizabeth is also home to American Legion Memorial Stadium.

Experiencing the Best of Charlotte

Charlotte is a major business and retail hub for the southeast region of the U.S. Its many neighborhoods represent the city's diversity, with several of its more prominent districts dating back to the city's early years.

Several neighborhoods developed with the launch of the streetcar, allowing workers to live further out from the city's center than was previously practical. Many of these neighborhoods remain today, often with some architecture and other reminders of their past. However, other Charlotte neighborhoods had their beginnings much later in the city's history, as many sprung up with the need for greater restaurant, business, and retail space. Multi-use neighborhoods are a common part of the Charlotte residential fabric.